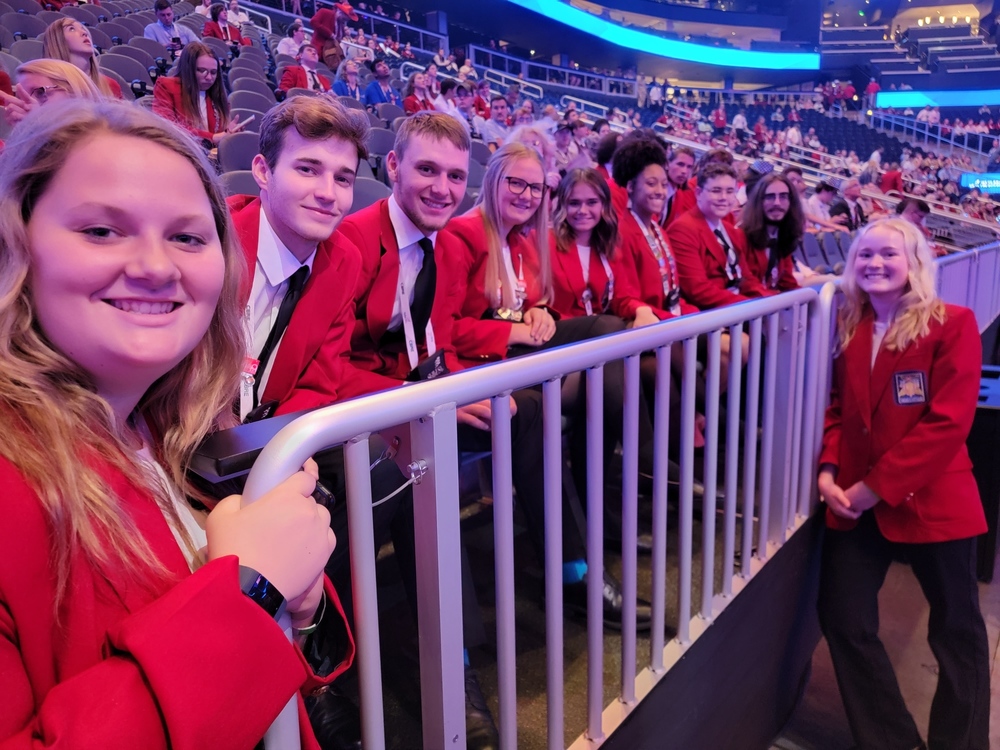 The Upper Valley Career Center SkillsUSA Chapter was represented at the National SkillsUSA Conference by 10 students and their advisers during the four-day conference held in Atlanta, Georgia June 20-24.

Several members represented the chapter in leadership contests and positions, which is another component of the conference. Sophia Walker attended as a current State Officer - having been elected at the Ohio state convention in May. Brian DelReal attended as a past state officer and the head voting delegate for the selection of national officers and conducting the business of the organization.

Gracie Russell and Quinci Voisard represented UVCC for the Models of Excellence Chapter Award, which  recognizes the exceptional integration of personal, workplace and technical skills into SkillsUSA chapter activities. This is the highest honor bestowed on local chapters by the SkillsUSA organization.

Quinci Voisard, also a past state officer, was awarded the Presidential Volunteer Service Award that recognizes the important role of volunteers in America’s strength and national identity. This award honors those who use their time and talent to solve some of the toughest challenges facing our nation,  whose service positively impacts communities in every corner of the country and inspires others to take action as well.

The event was capped off with the Awards Ceremony on Friday evening for the recognition of all competitors and awarding of the top medalists.