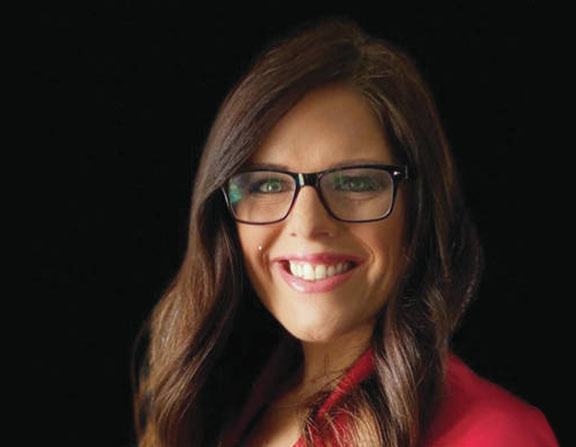 LEESBURG, Va. - An Ohio teacher has won a prestigious Advisor of the Year award for participation in SkillsUSA and career and technical education (CTE) at her school. The award was presented to Sara Plozay, a cosmetology instructor at Upper Valley Career Center in Piqua, as the winning advisor for both her state and region.

Plozay began teaching at Upper Valley Career Center in 2012, and she became a state advisor in 2013 and a SkillsUSA chapter advisor in 2014. She has mentored two state officers, five national officers and several regional officers. She has mentored national competitors in the Cosmetology and Opening and Closing Ceremonies contests and has congratulated numerous her state medalists. Her chapter has earned a prestigious SkillsUSA Model of Excellence national award four times. Conducting more than 30 training sessions at the local, state and national levels, she became a SkillsUSA national certified trainer in 2018. Plozay started the Esthetics and Barbering contests in Ohio and facilitates a leadership exploration conference for over 125 members. Polozy also received the 2020 Ohio ACTE Outstanding Educator in Community Service award.

Plozay is a graduate of the cosmetology program at Miami Valley Career Technology Center in Clayton, where she was a SkillsUSA member and chapter officer. Following in the footsteps of her mother, a cosmetology instructor and advisor, Plozay decided to become a teacher and began her career at a local beauty college in 2004. Continuing to be involved in SkillsUSA, she served on Miami Valley’s industry advisory board and was a judge for local and regional contests before joining the faculty at Upper Valley Career Center in 2012. In 2014, she earned the Miami County Excellence in Education award, and in 2017 she earned the Ohio ACTE Pacesetter award. Plozay serves as the secretary of the Ohio Cosmetology Career Teachers Association.

“Sara is a SkillsUSA champion with a true passion for helping students develop their talents and leadership,” said Chelle Travis, executive director of SkillsUSA. “She supports quality programming for students built around the SkillsUSA Framework, which prepares them for further education or joining America’s skilled workforce,” she added.

SkillsUSA created the Advisor of the Year award to recognize and honor dedicated career and technical education instructors who serve as SkillsUSA advisors.