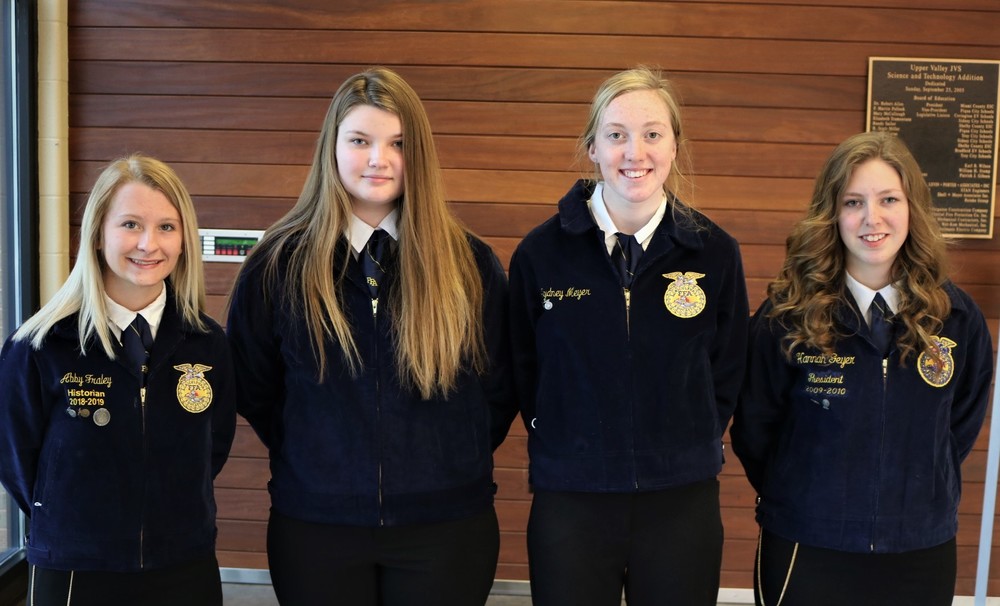 The Upper Valley Career Center FFA is reflecting on the conclusion of  a very successful year. Among other accomplishments, the chapter placed in the top five at the state level in nine Career Development Events (CDEs).

CDEs are developed by the FFA to demonstrate the meaningful connections between classroom instruction and real-life scenarios. These events help prepare students for careers in agriculture and life after their formal education.

“In a year where virtual contests were the only option, these FFA members rose above and put forth incredible effort,” said Michelle Brunson Supervisor of FFA programs and now Executive Director at UVCC. “Of the nine, top-five state finishes during the 2020-21 school year, six of those were from the Ag and Power Technologies program. That says something special about that program and those students.”

“The Veterinary Science students have been on a mission to win the Vet Science CDE over the past few years, and this year they did it!” said Brunson. They will compete at the national contest in October to continue their quest.

“The students have worked hard this year and although they could have said they were not going to compete because it was virtual, they chose to persevere and work hard and it paid off in a big way,” said Brunson.

The One and Only Livestock Judging Contest

Lastly, it is a great honor to announce that two UVCC alumni received their American Degrees. “As the highest degree achievable in the National FFA Organization, the American FFA Degree shows an FFA member’s dedication to his or her chapter and state FFA association. It demonstrates the effort FFA members apply toward their supervised agricultural experience and the outstanding leadership abilities and community involvement they exhibited through their FFA career. American FFA Degree recipients show promise for the future and have gone above and beyond to achieve excellence.” Andy Holscher and Ashley Renner will be recognized for their outstanding accomplishments at the National FFA Convention in October of 2021.